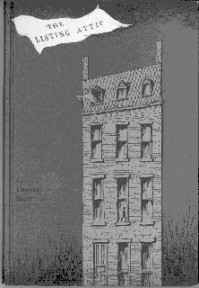 It's a relief to know that it isn't just contemporary MFA graduates whose second book is a smattering of random work thrown together to capitalize on whatever success the first published work enjoys. Probably Shakespeare regretted The Taming of the Shrew, too, or at least, not taking the time to work on it a bit more.

I like limericks and light verse, so I'm not sneering at the form, but the rhythm is off in a few, or the joke isn't very funny, or the tone is wrong, and they're a bit too creepy. They're not awful, they're just not really good. Likewise, the art is kind of all over the place. The overall effect is a bit stuff grabbed out of a folder at the back of the drawer when he realized he had to hand over a draft in about two hours and also he had to get across town i rush hour.

That is to say, a much higher quality than anything most of us could manage with years of effort and careful coaching.